From the first steps on the Moon to the International Space Station, space expeditions have always captivated our collective imagination.

While technology has changed over the years, what remains constant is humanity’s bold desire to push the boundaries of where we can go and what we can do.

Counting down 10 years from when network design began in 1988 to the service launch in 1998, the first generation of Iridium® satellites went boldly where no other network had gone before.

“This is a dream come true, but it's just the beginning ... It's a real thrill to have Motorola satellites in space!”

–Ray Leopold, Former CTO, Motorola SATCOM, one of the designers of the Iridium Network

Iridium’s first-generation constellation conceived in 1987, and born a year later from the minds of three audacious thinkers at a Motorola research lab in Arizona. Bary Bertiger, Ray Leopold, and Ken Peterson envisioned a satellite communications network that would connect individuals anywhere on the planet. The original constellation design included 77 satellites, giving it the name “Iridium” (after the element’s atomic number), but once development began, they determined only 66 satellites were necessary for complete global coverage.

In the ten years between the network’s conception and service launch in November 1998, Iridium’s team rapidly built 99 satellites — a first in the industry. In a record 22 launches between 1997 and 2002, 95 of the satellites were launched from Vandenberg Air Force Base in the United States, Taiyuan Satellite Launch Center in China, Baikonur Cosmodrome in Kazakhstan, and Plesetsk Cosmodrome in Russia. The remaining satellites were kept as ground spares. At its peak during the original Iridium launch campaign in 1997-1998, Motorola produced a new satellite every 4.3 days!

The Life of a Satellite

The satellites in the first-generation constellation underwent an amazing journey over the course of their 20-year lives. With some beginning their journey as early as 1997, these satellites traveled through space to connect hundreds of thousands of people and devices all over the world.

During their lifespans, the first-generation Iridium satellites completed approximately 100,000 orbits of Earth and traveled more than 4.7 trillion kilometers (2.9 trillion miles) or half a light-year!

#flarewell to the First Generation

After the first Iridium satellites were launched, mysterious streaks of light began to appear in the sky all around the world. These unexpected reminders of the constellation’s presence were caused by sunlight reflecting off the satellites’ main mission antennas. Dubbed “Iridium Flares,” they inspired a generation of global sky-watchers and created a cultural phenomenon for many years. As Iridium launched its next-generation of satellites, the original satellites were carefully deorbited, taking with them their magical Flares. Fans around the world joined together on social media to say #flarewell as each satellite made its final journey home.

Click on any point on the map below to experience flarewells from all over the world.
Check back as we continue to update our map with images captured from our global Flare catchers!

See their Flares below! 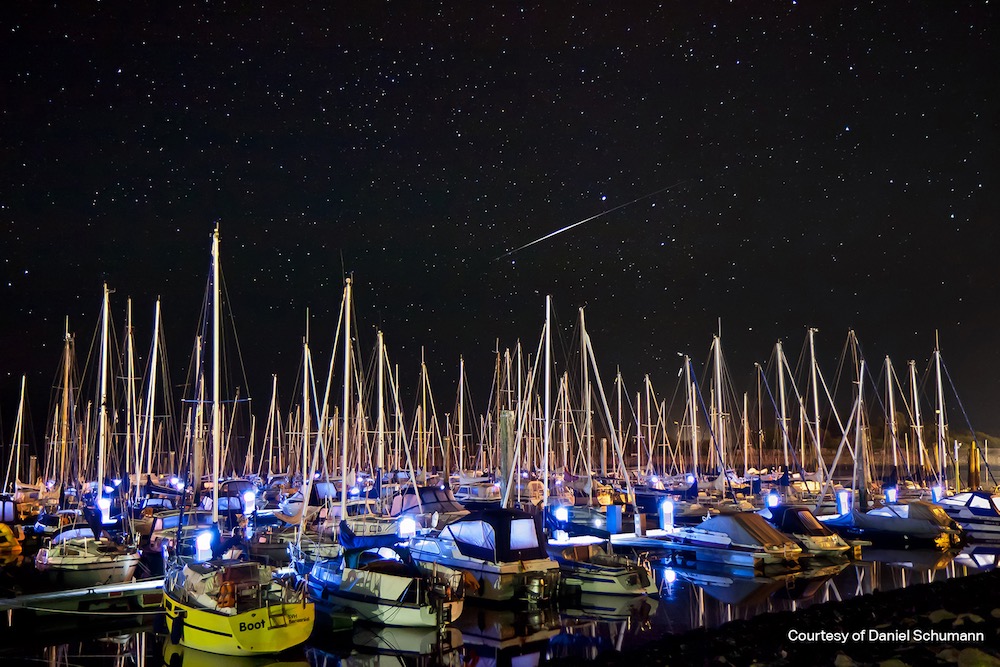 This image shows Iridium 41 above a tree in a small town called Essens in Germany. It was nearly a full moon at just a few minutes to midnight in July 2013. I used an app called SatTrack to find the Flare’s position, and went to take this picture just because I wanted to capture Iridium 41. I watched this satellite a few times before and it is always nice to meet "old friends" in the sky. The last time I watched this satellite was also the last time I met and observed with a good friend before he passed out of life, so I have a special relationship to this satellite.” 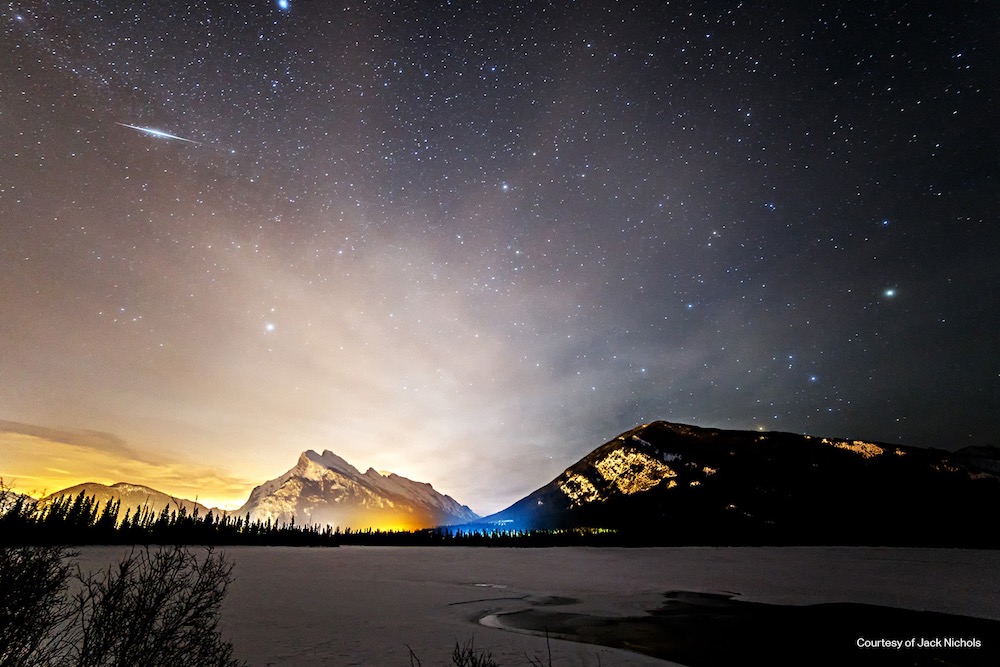 This was taken in Banff, Alberta in 2014. In late March. I had been in Banff for a few days with my wife enjoying some skiing and the late spring weather. That time of year is notoriously fickle to shoot the night sky up in Banff with the unpredictable weather, but I had a new camera and was itching to get out and shoot. Finally, a weather window opened up and we headed out around 2 a.m. to Vermillion Lakes to shoot. I think it was 10° F (-12° C) outside, so very cold! My wife huddled in the car for the most part while I took photos. The view, of course, is classic, so I was mostly focused on seeing what I could capture, and managed to capture the Flare completely by accident. It was a lot of fun to see!” 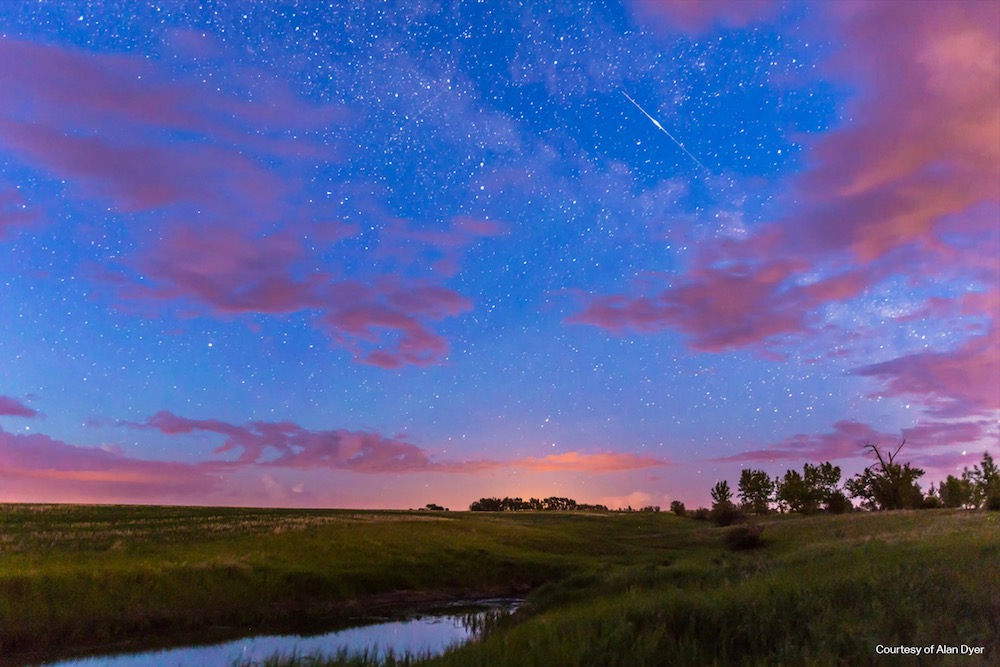 “Like many astrophotographers, I’ve been shooting Iridium Flares for a decade, and often make a point of checking if there will be any bright Flares visible from whatever location I might be planning a nightscape shoot. So, some images are purposely shot to capture and compose an Iridium Flare, or Flares as they are often in pairs. But often as not, Flares show up unannounced in frames from my time-lapse shoots of the stars turning over landscape scenes. At outreach events conducted by the local astronomy club and university observatory, we always check for Iridium sighting opportunities, so we can call out, “Watch the sky over here! You’ll see something really neat appearing there in a minute or so." When a bright -7 magnitude flare goes off right on cue it is always a big hit! We’ll miss the Iridium Flares.” 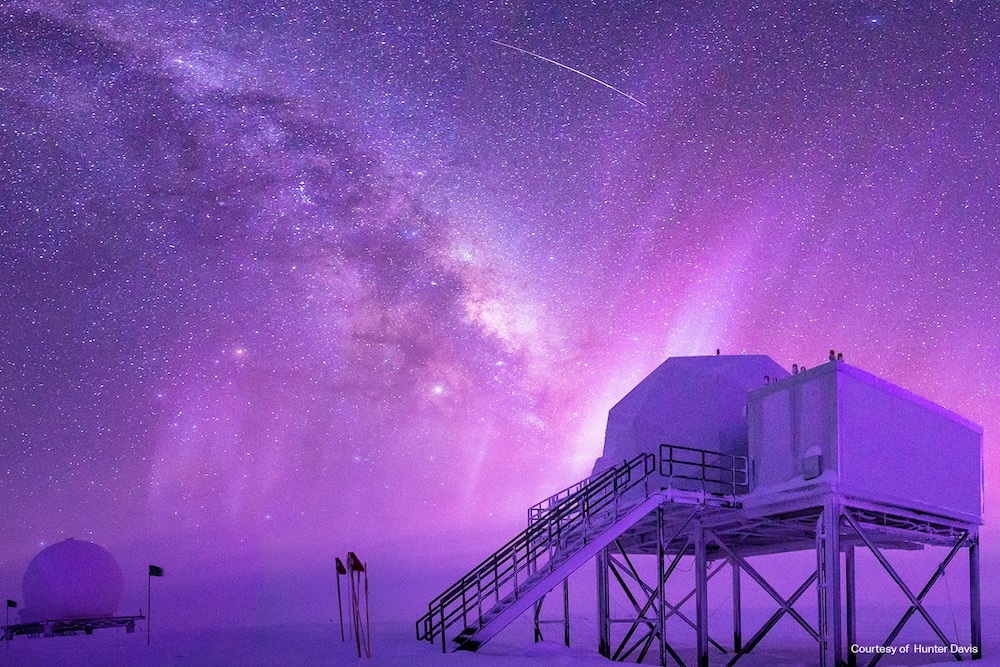 “This photo was taken out back of the Amundsen-Scott South Pole Station, Antarctica. The night sky at the South Pole is beautiful, and the Milky Way never sets during the long winter. I would gear up and head outside to try and capture the gorgeous auroras and stars. The Iridium Flares were always interesting to watch and photograph!” 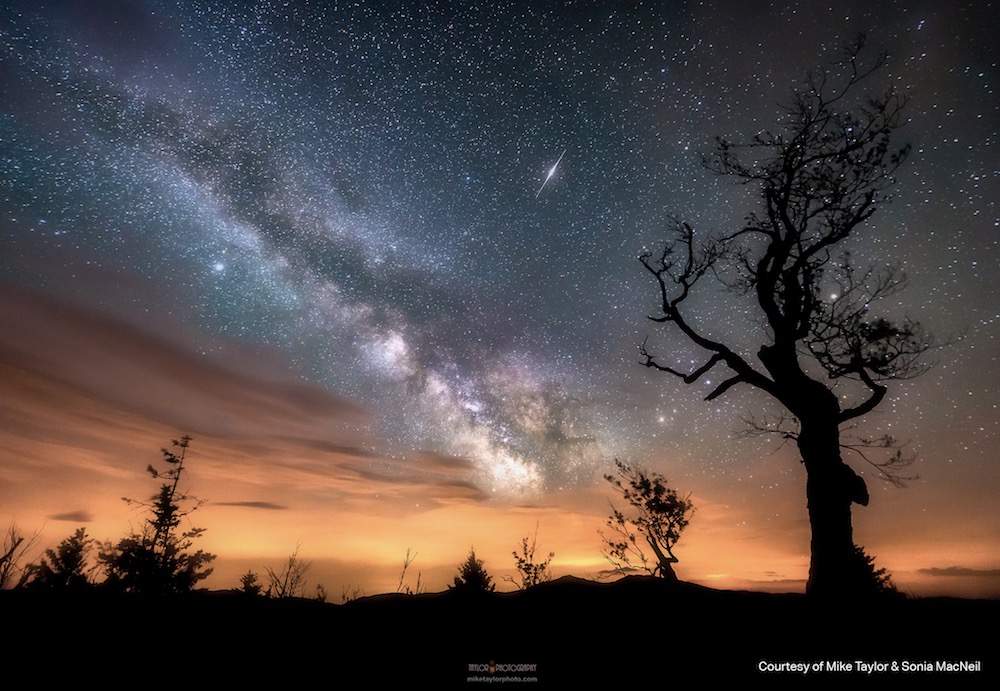 I started photographing Iridium Flares like most folks, purely by accident. Years ago when I captured one with my camera, I figured it was a meteor as many do. Then I did some research and realized it was, in fact, a Flare from an Iridium satellite. After that I started looking up Iridium Flares in my area via www.heavens-above.com and loved the idea that I could plan my night photography around possible Flares!“

This image is a combination of 5 shots taken within 9 minutes (8.22pm-8.31pm). The plan was to shoot some astro-at Long Reef at Sydney’s Northern Beaches with our local Astro Photography. The conditions looked fine and all day I didn’t see a single cloud in the sky. After a few recent disappointments in terms of astro conditions, I was quite excited to give this location a go, since I’d never shot from there before. Shortly after arriving at the car park, I noticed flashing lights behind the trees towards the headland ... I decided to take a few long exposure shots with my zoom lens instead of shooting the Milky Way, and ended up with a nice little time-lapse sequence. Only later did I discover what I thought was a shooting star above the clouds was actually an Iridium Flare!” 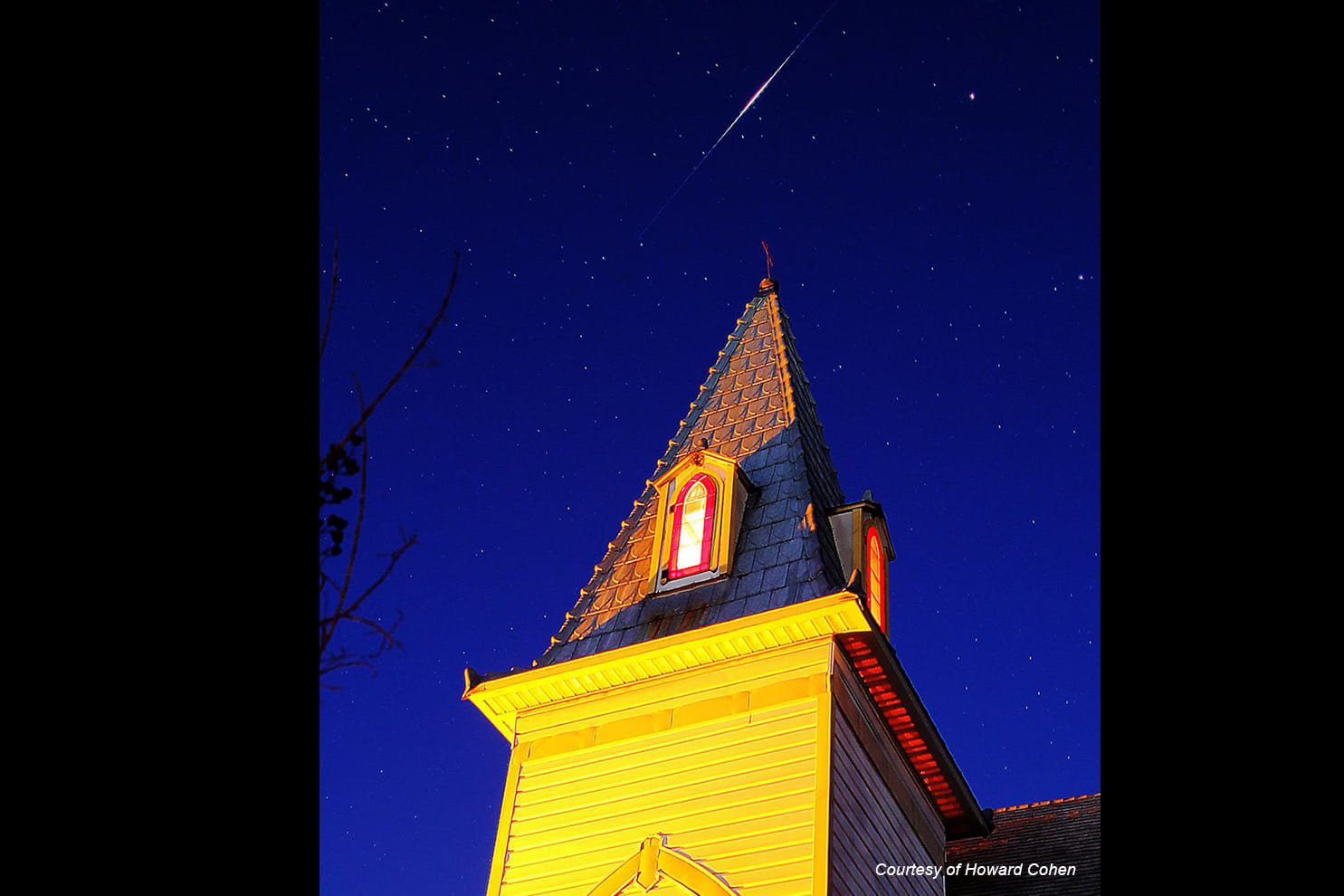 I took an interest in the Iridium satellite constellation since its early days. I believed that Iridium Flares would help draw attention to the sky with their sudden, brief and sometimes brilliant appearances that often shock and amaze people. Over the years I took several photos of these Flares... Careful planning is needed to capture Iridium Flare images. A difference of only a mile or so from the Flare center can make a huge difference in maximum flare brightness so location is very important. And one must know the time to the second.In this photo, I used a local, historic church as a foreground object to set the dramatic scene and give scale to the picture. It shows Iridium Satellite 83 Flare Over Gainesville's Historic Kanapaha Presbyterian Church, 2017 Jan. 31, abt. 6:52:25 p.m. with a predicted peak magnitude of -8.”

“When I take pictures of the sky or even simply spend a moment outside on a nice evening, I never forget to have a look at the Flare prediction. Each time I catch one, I enjoy the amazing combination of math, technology and celestial art. I have taken pictures and videos of Flares in many circumstances, including from Norway during the Northern Lights! Like with eclipses, I sometimes had to drive hundreds of kilometers to be precisely aligned with the Flare’s centerline and with a planet or the Moon too. I can’t count the number of friends and colleagues who see me as a wizard after telling them “look up in that direction, a new “star” is going to appear within a few seconds!” 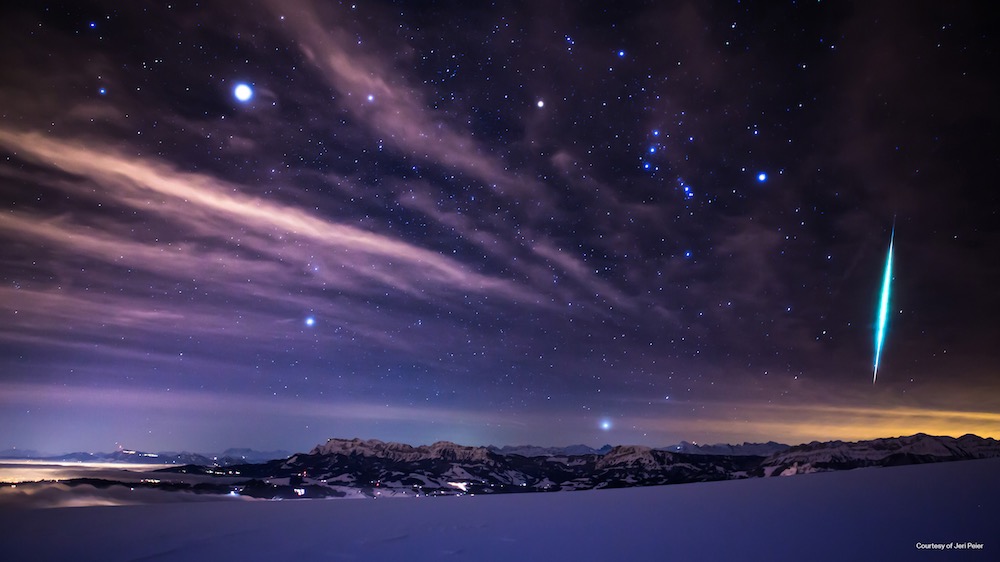 “I was looking for a remote location to capture some time-lapse pictures in the Swiss Alps, overlooking the sea of fog. The weather was not good, so I almost aborted the mission – but decided to shoot just a bit longer. I started a time-lapse and caught this beautiful shot AND an Iridium Flare! I checked a website to confirm that an Iridium Flare was visible from my spot – and it was! What almost ended as a wasted night turned into my lucky chance to catch a Flare!” 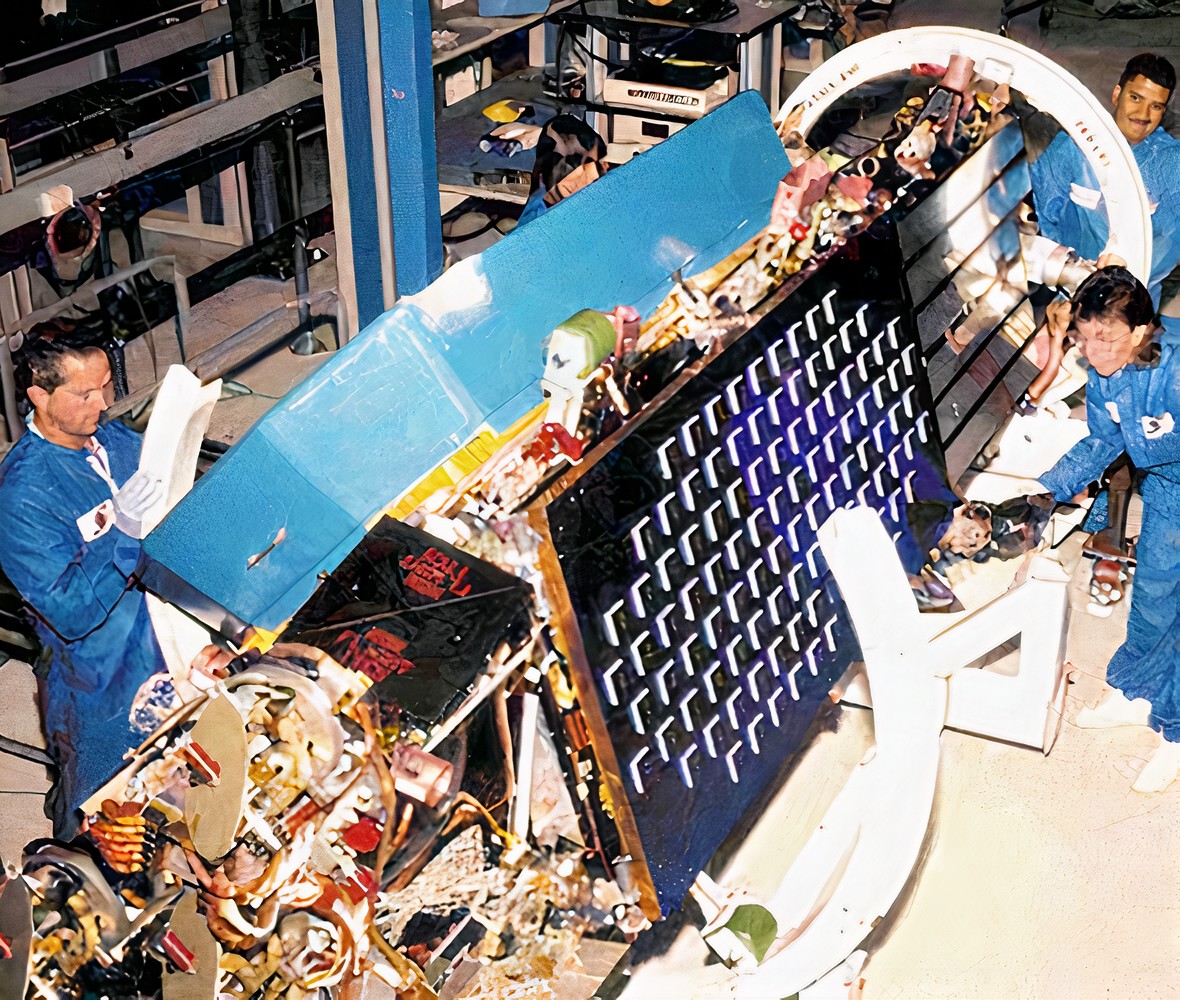 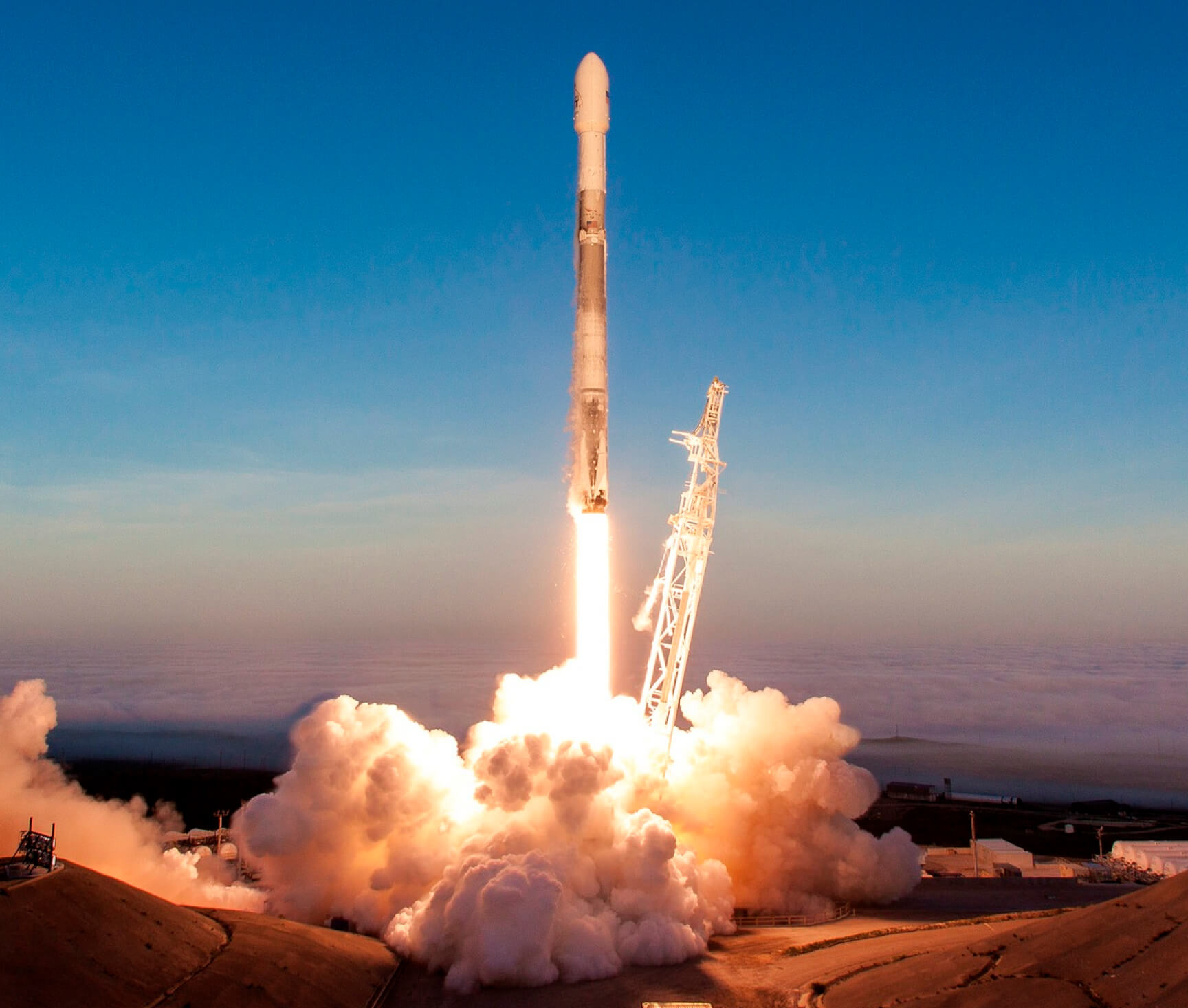