For any satellite, its payload is its primary function. Its mission.

But if satellites were only ever limited to their original mission, Iridium® as it is known today may not even exist. The innovation and determination of brilliant engineers enabled the company’s first-generation satellites—which were not designed for hosted payloads—to accommodate secondary missions using the satellites’ existing sensors.

Seeing the potential of these innovative additions to the satellite network, Iridium helped form the Hosted Payload Alliance (HPA) in 2011 to promote the practice of hosting payloads aboard commercial satellites. Other initial members of the HPA included Boeing Space and Intelligence Systems, Intelsat General Corp., and Lockheed Martin Space Systems.

Looking to the future, Iridium’s engineers specifically designed the second-generation satellites with these opportunities in mind. With the space to host a 50-kilogram payload, the improved constellation not only modernized the Iridium network, but laid the foundation for several additional functions beyond the primary mission. These payloads went on to host Aireon’s real-time aircraft tracking and surveillance service, a global, real-time AIS ship-tracking capability with Harris Corporation and exactEarth, and a space weather monitoring system called REACH.

“The hosted payloads on Iridium NEXT realize a once-in-a-generation opportunity to share our unique network with other customers and applications while we renew and expand our communications services for the future.”

On June 19, 2012, Iridium announced Aireon, a joint-venture with NAV CANADA that would provide air navigation service providers with the capability to track aircraft for the first time ever anywhere in the world in real-time, including over oceanic, polar and remote regions. Aireon uses space-based Automatic Dependent Surveillance-Broadcast (ADS-B) receivers built into each of the 81 second-generation Iridium satellites (66 in the operational constellation, 9 in-orbit spares, and 6 ground spares), which provide global air traffic surveillance capabilities and real-time flight tracking through the global Iridium network.

Before Aireon® services were available, traditional air traffic control systems were spotty, especially over the oceans where radar visibility wasn’t available. Those older systems covered about 30 percent of the globe, whereas Aireon’s space-based ADS-B covers 100 percent. Aireon technology, made possible through hosted payloads on Iridium satellites, provides complete visibility over these regions and decreases inefficiencies in air traffic control.

Aireon’s system can help prevent planes from going missing, as they are being tracked using the global Iridium satellite network. Aireon’s space-based ADS-B system also reduces fuel costs by optimizing flight paths, increases safety by having continuous, real-time air traffic surveillance, and expands capacity by enabling lower separation between aircraft due to the increased coverage and accuracy of space-based ADS-B.

On April 2, 2019, Aireon announced that their space-based ADS-B surveillance system was fully operational and had begun trials over the North Atlantic. This revolutionized the air traffic control industry by providing real-time updates, compared to the previous updates every 10-14 minutes that aircraft locators could provide when outside radar coverage. By utilizing this ground-breaking technology, which integrates easily into existing air traffic management systems, aircraft can now be tracked in real-time no matter where in the world they are.

In 2010, Iridium partnered with Johns Hopkins University and Boeing to implement the Active Magnetosphere and Planetary Electrodynamics Response Experiment (AMPERE) as part of a grant from the National Science Foundation. The unique architecture of Iridium’s first-generation constellation provided the AMPERE sensors with the capability to measure the Earth’s magnetic field, forecast space weather and solar storms, and track many other important observations. This enabled high-quality forecasting of solar storms that could disrupt aviation and terrestrial telecom and satellite systems.

AMPERE provides data every two to 20 seconds to the ground stations, allowing for analysis within minutes—up to 100 times faster than before the program’s launch. While the first-generation Iridium satellites were not designed for additional payloads, Iridium was able to accommodate the AMPERE mission using the satellites’ existing sensors. Following the completion of the second-generation constellation, Iridium was able to continue supporting AMPERE with even faster and more reliable input data.

The second-generation Iridium satellites also host invaluable scientific instruments. The Responsive Environmental Assessment Commercially Hosted, or REACH, is a space weather monitoring system comprised of 32 space radiation sensors installed on the satellites launched as part of the Iridium NEXT campaign.

This space radiation–sensing technology provides resilient detection and characterization of space weather hazards, such as solar flares. REACH data is being applied to analyzing current and forecasted space weather phenomena, as well as determining the role of charged particles in upper atmosphere chemistry, and the dynamics of the Van Allen radiation belts. Applications of the data include monitoring the radiation environment for aircraft at high latitudes, as well as for crewed missions in Earth orbit.

Data from the REACH program is playing a critical role in helping us understand and prepare for space weather hazards. This information can be vital in the protection of all of the Earth’s infrastructure, including the electrical grid and other utilities, such as water systems. 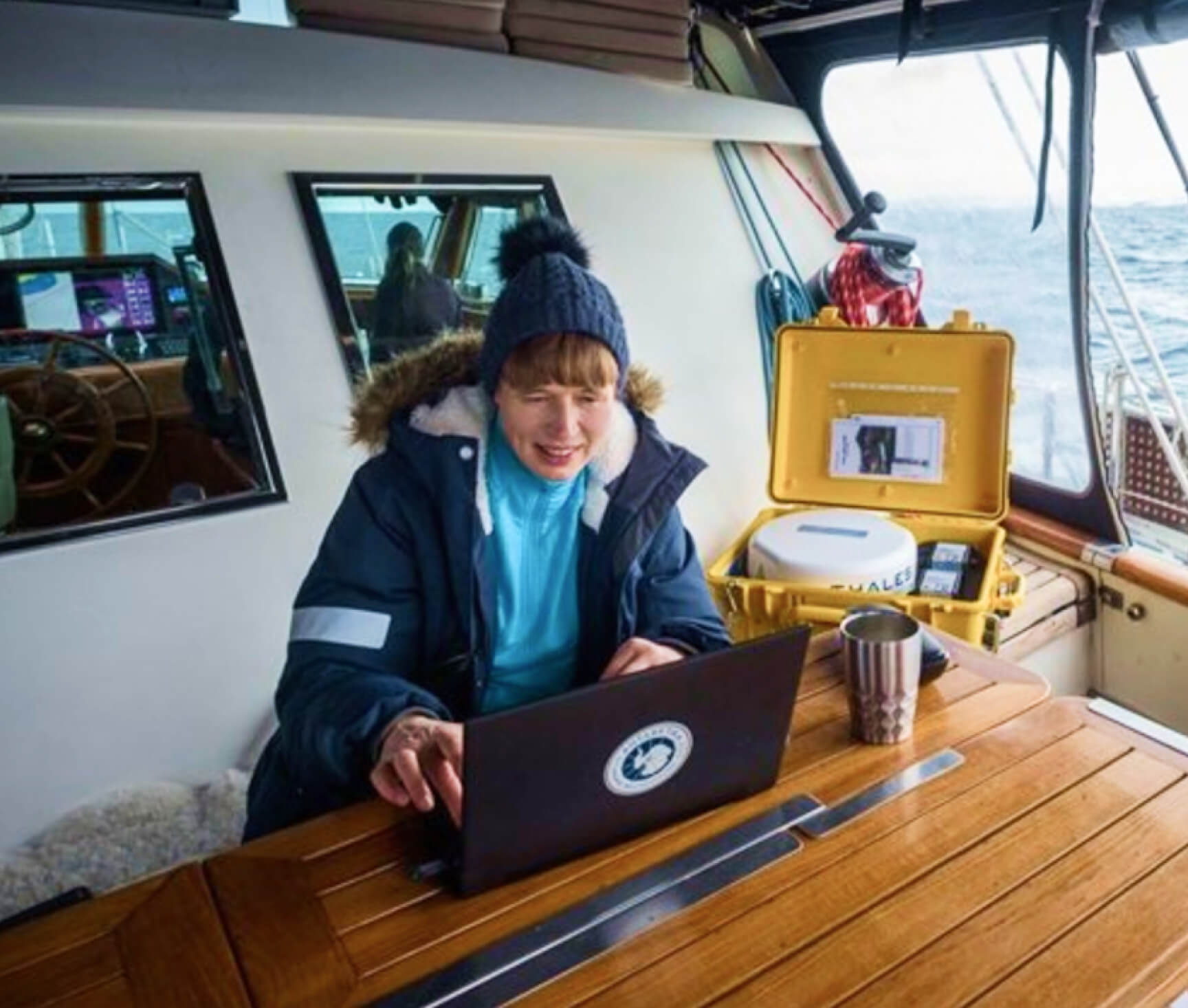 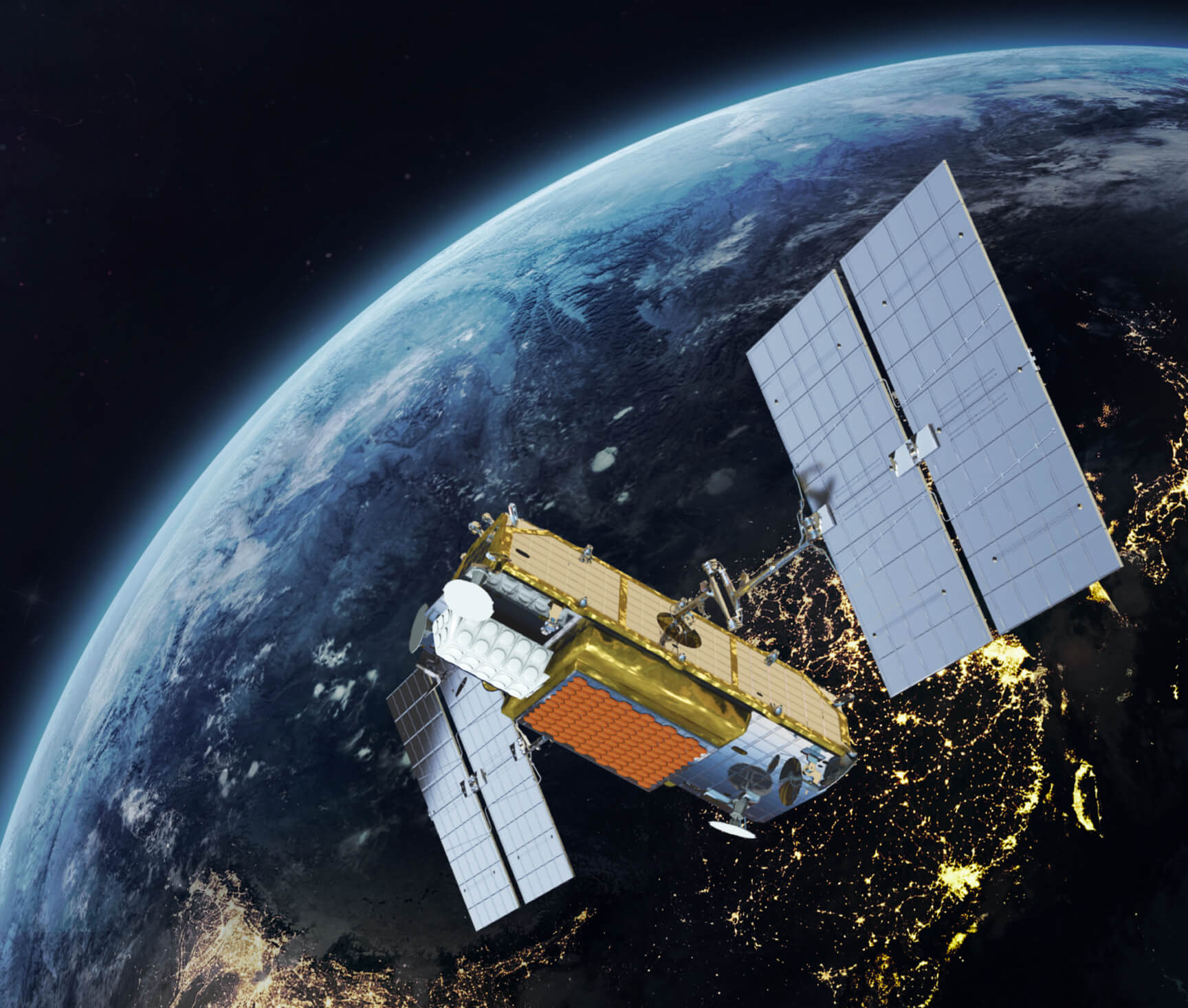